A downloadable game for Windows, macOS, and Linux

Legacy is an Adventure RPG in which you explore the past and present of a living, complex world. It is a story-driven, narrative (visual novel like), non-linear single-player game set in the fantasy world of Dragon Eye.

The game features dozens of locations, NPCs remembering your actions and words and changing their reactions to you accordingly, even according to rumours they hear from other NPCs, a non-linear storyline and several thousand lines of dialog.

Explore the world, find friends and allies, and discover your legacy...

The game is still under development. Only a part of the story is done at this time, and there are other missing features and many bugs. Once again: It is not yet a complete and polished game, it is an early-access beta version.

Here are some key features or reasons just why you should check out this game:

The world around you has a day and night cycle as well as changing weather, both of which affect the gameplay.

Most importantly, all the people you come across have relations, attitudes and memories. Be friendly or rude, lie to them or help them - they will remember it, gossip about it to others, and adapt their reactions to you according to what they have experienced or heard. New choices can show up in the game due to your past actions, changing your path through the story.

The game is set in the world of Dragon Eye, which is a very detailed fantasy roleplaying setting with cultures, realms, history and much more developed extensively. This background world comes to life within the game, and you will discover some of the worlds past and secrets.

A Journey of Discovery

The game is meant to be discovered. There are dialog options, choices and even gameplay elements that you may miss initially or that only show up under specific conditions, and that open up more possibilities for you to discover. Surprising turns wait for you in many places, as you get deeper into the story.

The game is mostly conversation-driven, with multiple, non-linear choices as well as occasional Quick Time Events where you can interrupt the flow of the story. There are also dozens of locations to explore, with a simple point-and-click pathfinding interface.

Quests and inventories are handled as familiar from many adventure and roleplaying games.

Gameplay is mostly at your pace, with no need to hurry and game time stopped whenever you need to make a choice, with the exception of rare timed reactions.

While it is possible to die in Legacy, it is rare, like in most adventure games. However, most of your actions have consequences, and sometimes beyond the immediate visible, especially where it comes to your reputation among the many NPCs.

You can save at almost any time, and the game auto-saves whenever a new map is loaded. However, save slots are limited, so you have to decide which ones are important to keep around.

You can find the dev and other players in these places: 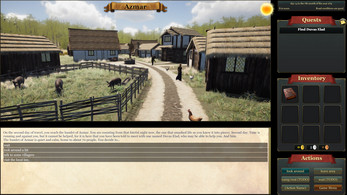 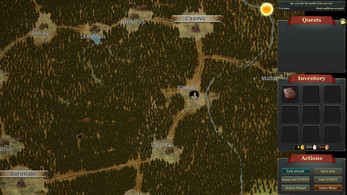 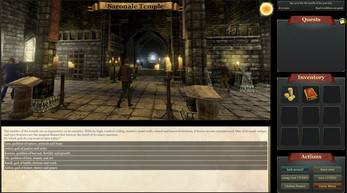